Amanda Kaliski completed a 4-year BMus degree, and a Higher Diploma in Education in South Africa and has both taught and was acting head at a Music centre. In the UK she has taught in several secondary schools both in the classroom and as a peripatetic piano teacher as well a teaching privately. She regularly performs at a venue in Hertfordshire. In conjunction with her musical prowess, she has a senior leadership position in her school in charge of ICT Strategic Development. Spring Grove is grateful to Amanda for acting as Chair of Judges for the last 12 years. 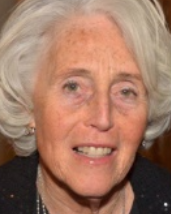 Wendy Max came to the Cello, aged 32, as a means of supporting her children’s musical development: all four went on to play in their school orchestras and one, Robert, is now a professional cellist and conductor.  Wendy became involved with the Tower Hamlets Strings Project as one of 35 peripatetic teachers but continued teaching at 2 private schools and, from 1985-2008, at the Royal Academy of Music where she was immersed in teaching young children through the First String Experience.  She also taught for 3 years at The Guildhall School of Music and Drama.  In addition Wendy has private pupils and runs non-residential strings courses in the UK and in the US.

Jennifer Muskett studied at the Royal Academy of Music and simultaneously attended lectures at King’s College London for a B Mus as an internal student of London University. Whilst at the Academy she studied piano and harpsichord, participated in many Master Classes, won the Elena Gerhardt Accompanying Prize, Kate Leventon Prize for Piano and Nicholas Maw Scholarship.  She has performed extensively as an ensemble player and worked in a wide field of music education, from nursery and school music, to lecturing and adult education.

Born in Cape Town, Tessa Uys gave her first public performance at the age of seven.  She first studied with her mother and, at 16, won an Associated Board Scholarship to study at the Royal Academy in London.  Shortly after this she was the 1st prize winner of the Royal Over-Seas League Competition.  In 1994 she was elected an Associate of the Royal Academy of Music.  Tessa Uys has performed in many different countries and has broadcast frequently for the BBC.  She is also in demand as examiner, teacher and festival adjudicator.  In recent years she has regularly given recitals in the City of London and at the Wigmore Hall.